What do a Czech duke from the 10th century, the first Christian martyr, a British public holiday, and a crazy rush to return unwanted gifts to the store… have in common? 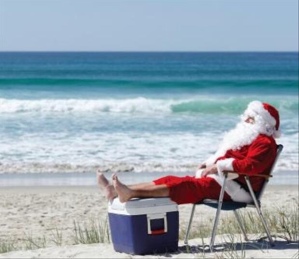 They all happen on the day after Christmas!

Four streams of tradition flowing on one day, together drawing attention to the capacity of the human heart to give and to receive… to sacrifice or to be self-absorbed. What makes the difference?

Or better, WHO makes the difference?

That man or woman who hears about Jesus, then meets Jesus, and then follows Jesus by faith… that one has a different heart… a heart that beats in union with His heart.

December 26 is no ordinary day… but it should be. There’s nothing wrong with returning a gift. But as you make contact with others today, thank God you have a gift to return… and gifts still to give.

It may be the day after Christmas, but His birth was not the end of His mission. It was just the beginning. He not only came to inhabit our world.

He came to inhabit you.

“But the fruit of the Spirit is love, joy, peace, longsuffering, kindness, goodness, faithfulness, gentleness, self-control. . . If we live in the Spirit, let us also walk in the Spirit.” ~ Galatians 5:22-23, 25

My passion lies in helping others to know and experience Him. I'm a husband, a father, a grandfather, and a pastor living in the Arkansas Delta, who continues to be amazed by God's love for every human being... especially me!