So it was that the beggar died, and was carried by the angels to Abraham’s bosom. The rich man also died and was buried. And being in torments in Hades, he lifted up his eyes and saw Abraham afar off, and Lazarus in his bosom. “Then he cried and said, ‘Father Abraham, have mercy on me, and send Lazarus that he may dip the tip of his finger in water and cool my tongue; for I am tormented in this flame.’ But Abraham said, ‘Son, remember that in your lifetime you received your good things, and likewise Lazarus evil things; but now he is comforted and you are tormented. And besides all this, between us and you there is a great gulf fixed, so that those who want to pass from here to you cannot, nor can those from there pass to us.’ Luke 16:22-26 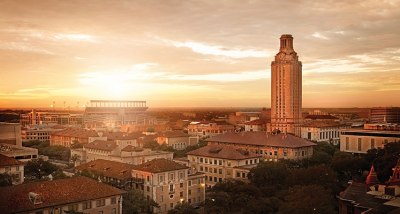 As college freshmen, a friend and I spent some evenings handing out booklets about Jesus. Walking up and down Guadalupe Street next to the University of Texas campus, the reactions we encountered ranged from genuine interest (rare) to open hostility (common). We were ignored. Called names. Threatened. Some self-designated “Satanists” even tried to hex us.

Carved into the side of the iconic UT Tower in Austin, John 8:32 is clearly visible.  Every day hundreds of students pass by these words of Jesus: “Ye shall know the truth, and the truth shall make you free.” As a way of launching a conversation, we often posed the question, “Do you know what’s inscribed on the Tower and who said it?” Some said Abraham Lincoln or Theodore Roosevelt. A few said Gandhi or Buddha. On discovering it was Jesus, most were surprised, and a few would stop and talk with us awhile.

As one guy exited a bar, clearly having had too much to drink, I walked with him for a few steps and gave him a booklet. As he staggered away, I said “Hey, do you know what will happen to you after you die?”

The man hollered back over his shoulder, “I haven’t planned on that yet. I’ll decide when the time comes.”

A few weeks earlier in the Jester Center cafeteria, I was washing dishes side-by-side with a Buddhist co-worker from Taiwan. When I mentioned the possibility of spending eternity in heaven, he said, “Eternity? That’s living forever and ever in heaven?”

“Yes! Heaven is a place where there is no more death, only life,” I replied.

“Sounds very boring to me,” he said flatly. Well, that was not what I expected to hear, but I realized later he was right. I had left Jesus out of my description of heaven! A heaven without Jesus would be boring. 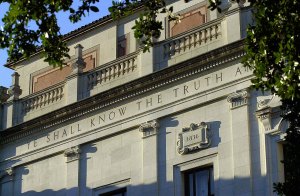 Two conversations with two very different young men were causing me to think more deeply about my relationship with Jesus. My Buddhist buddy made me realize that it is the presence of God that makes heaven amazing. The guy out on Guadalupe Street assumed he could maintain his personal autonomy after death. As I thought about that, I realized he was right. You can do this life — and eternity — without Jesus. You can. But you’ll regret it. It is the absence of God that creates hell.

If I asked you to describe what life is like with someone who loves you, you would probably describe your relationship in terms of a series of experiences and effects. He makes me feel safe. She makes me laugh. He makes me happy. She makes me want to do my best. You can live without that person, but your life wouldn’t be the same.

When you have a relationship with Jesus, He impacts your life in the same way. He said, “I have come that they may have life, and that they may have it more abundantly” (John 10:10). Knowing Him intimately and personally dramatically affects your life, and because the relationship is eternal, so is the quality of life Jesus described. A relationship with a friend or spouse may falter and fail, causing you to lose the life you enjoyed with that person. Not so with Jesus.

God is an infinite Being, perfect and measureless in all that He is. To have a relationship means that any experience with Him — the byproducts of being in communion with Him — will also be infinite. Infinite meaning… and joy… and completion… and satisfaction. It is impossible to enter into an open and intimate exchange with God, and not experience eternity as an endless succession of these things. This is heaven.

The booklet we were giving away in 1979…

But what if you do NOT have a relationship with Him? Instead of infinite intimacy with God, you are exposing yourself to the effects of an infinite “non-intimacy.” Your sense of loss and isolation will never be erased by His nearness. Your pain and sorrow will never be eliminated by His healing and comfort. Your sin and selfishness will never meet His grace and the transforming presence of His Holy Spirit. Your anger and resentment will never be melted away by the unceasing revelation of His justice and mercy.

Before you die, you can know something of the love and goodness of God that He has hardwired into creation, without having any connection to Him. But if you die like that — never entering into a relationship with Him by placing your faith in His Son — you will discover that those earthly hints of God’s presence are all gone. The god you served in life will be the only god you have in eternity… just you. The only resources available to you will be those you are able to provide for yourself, like a drifting soul in a limitless ocean with no relief in sight. This is hell.

The great gulf between heaven and hell is the eternal gap between experiencing or not experiencing an infinitely abundant relationship with God — the difference between life in His kingdom, and life within the boundaries of your own kingdom. Hell is a place of your choosing. A soul fortress composed of walls you construct… a place where you can call the shots… a kingdom with exactly one citizen, one companion, one preoccupation, and one sovereign: self.

Want to know more about how to have a relationship with God? Start here: How Jesus Changed My Life

My passion lies in helping others to know and experience Him. I'm His child living in the Florida Parishes of Southeast Louisiana, who continues to be amazed by God's love for every human being... especially me!